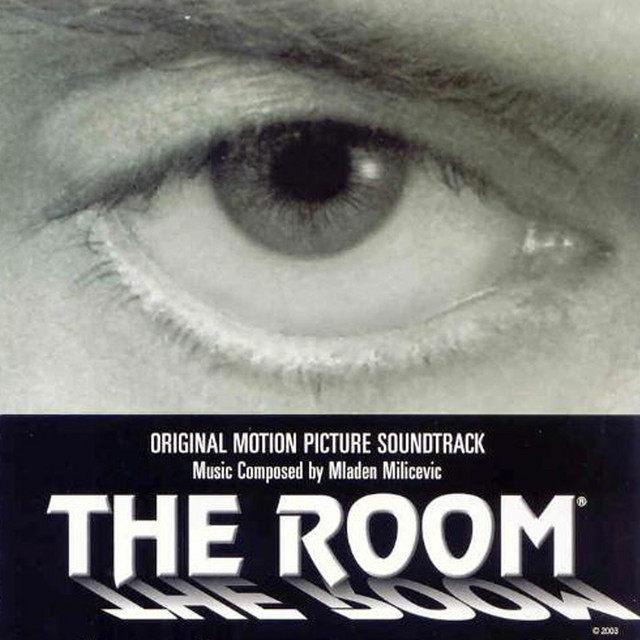 Ah, The Room. It’s one of the most recognized bad films, hitting that sweet spot where it’s so weird and terrible that it becomes an ironically hilarious viewing pleasure. It was directed and produced by Tommy Wisseau, a long-haired man of ambiguous European ancestry who wanted to pour out his passion and life experiences through a cinematic vanity project. He also of course gave himself the lead role, resulting in one of the worst starring performances of cinematic history. The Room is about an all-around good guy, Johnny, who’s engaged to a woman named Lisa. Lisa decides she doesn’t really love him and carries on an affair with Johnny’s best friend Mark. Aside from this plot, the movie is a collection of random scenes, characters, and plot points that will baffle first time viewers. Some of the other memorable characters include Lisa’s perpetually frowning mother Claudia, contradictory psychologist Peter, and Denny, a grown man who’s creepily presented like a teenager. The Room was a box office dud that was released without notice, but years later was discovered by a wider audience. It has since become a cult classic, with Tommy Wisseau making bank off of its infamy through special screenings and some merchandise. Among the merchandise is the soundtrack, a collection of songs as well as the musical score from Mladen Milicevic. The movie is bad, but does the music actually have merit?

Mladen Milicevic is a Yugoslavian composer (a fact which can only add fuel to the theory that Wisseau immigrated from a repressive Soviet republic). Based on my research he appears to be a highly academic artist and has won prizes in European circles. He has pursued studies into how neuroscience relates to music. Milicevic’s score for The Room is actually quite dark. One track in particular, “Life,” sounds like eerie underscore from a horror film. The fact that Milicevic’s score is earnestly dramatic ensures that its implementation alongside a hilariously bad film creates further ironic enjoyment. He obviously didn’t have a massive orchestra at his disposal, not that one needs one for an intimate drama. The music is mostly orchestrated on piano, woodwinds, and strings, with some percussion and electronics mixed in for what are supposed to be the tense moments. Despite his limited tools and the film he was scoring, Milicevic did a competent and sometimes interesting job. One of the selling points of The Room is that Wisseau actually had a competent crew around him and sometimes their efforts manage to reveal themselves in spite of the domineering insanity coming from the director/producer/lead actor.

The most recognizable piece is of course the main title theme in “The Room.” It’s a fairly cheerful piece with a distinctive piano melody and a woodwind motif. It’s a memorable piece, but mainly because it’s the main musical identity of an infamous film. The piano melody can be considered the main theme proper. It features again in the far less upbeat follow-up track “Red Dress” and often as a backdrop for exterior shots and transitional scenes, such as the light-hearted woodwind intrusion in “Life” (1:29). “Lisa and Mark” is a dark cue that perfectly represents the betrayal-laden love affair between the other two main characters. In fact the opening string melody is the Betrayal motif that represents the deteriorating relationships between the main characters. It appears numerous times. Appropriately it appears in “Johnny, Mark, and Denny on the Roof” when Mark delivers a hypothetical cheating scenario to Johnny.

The Betrayal motif gets extended treatment in “Red Roses,” where it appears on strings again and later on flute (2:47). More light-hearted is the generically comedic “Chocolate is the Symbol of Love,” for the scene where two of Johnny’s friends sneak into his apartment for some hanky-panky. Oddly a woman’s voice does some choral work in the middle to add some dramatic weight. This melody pops up later in “XYZ” and can be considered the Friendship theme as it crops up in more light-hearted moments. “Chris R” is a suspense piece from when a drug dealer asks man-child Denny where his money is. Over a minute in Milicevic spruces things up with a tense and quite unique percussive rhythm. “Yes or No” and “I’ll Record Everything” feature some sneaky music as Johnny’s suspicions are aroused.

“Jogging” sees the main theme open on strings and then a bouncy tune that concludes with the female choir and a short piano statement of the same theme. “Happy Birthday, Johnny” is electronic dancing music, a source cue for the pivotal party near the end. “Fight During the Party” has one weird electronic-percussion bit at 0:33. “Johnny in the Bathroom” has more tense music that leads to one of the score’s more dramatic statements.

“Tape Recorder” is one of the lengthier cues. The Betrayal theme dominates the first minute as Johnny soaks in what’s happened to him. After a statement of the main theme the Betrayal theme comes back on flute with piano accompaniments. An eerie synthesizer creates a haunting last minute. “Johnny Becomes Crazy” scores Tommy Wisseau’s Citizen Kane moment. Electronic percussion backs his comical rampage. At 0:49 the main theme actually makes a dramatic string statement. Over a minute in the female choir slows the cue down, though the disturbing electronics are still playing. The main theme appears on slow strings. After the two minute mark the electronics and piano build up in intensity, climaxing in a mix of the Betrayal and main themes. The Betrayal theme features again in “Why? Why, Johnny?” while the piano underscores the tragic ending. The main theme makes one final pass to close things out.

Also on the album is a series of R&B songs that are interspersed throughout the score. Judging by the information from the film’s end credits, these come courtesy of a Kitra Williams and a Clint Gamboa, either through singing or producing. These songs don’t do much for me but some people may like them. For those who’ve seen the film, they’ll identify them from the lengthy and awkward sex scenes.

Though Mladen Milicevic’s music was written for one of the worst films of all time, it’s actually not too bad, with two easily identifiable major themes. It’s mostly standard fare for a low-budget drama, but Milicevic shows himself as a true professional. He tried to convey the emotions that Wisseau was going for, even if Wisseau betrayed himself with his own antics and terrible acting. The first track is a standout and some of the musical choices are interesting. The main problem is that those who seek out the music will be those who have seen the film. They will more than likely appreciate the music in an ironic context.