Skip to content
HomePosts tagged 'a bridge too far' 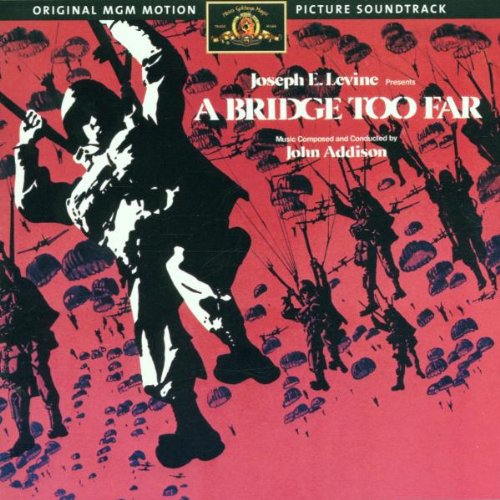 A Bridge Too Far is a three hour war epic in the vein of Longest Day and Battle of Britain. Instead of focusing on a major Allied victory, however, it covers the failed Operation Market Garden. Eager to finish the war before 1945, the Western Allies conceived of a plan in which paratroopers would seize vital bridges in the Netherlands and hold then until the rest of the army, spearheaded by the British XXX corps and its tanks, could fight through and secure their gains. Through the Netherlands the Allies could get into Germany and take the fight to the heart of the enemy. However, poor intelligence and resulting unexpected mishaps led to one of the last major Axis victories of the war. This is an amazing film which would have gained more attention and box office revenue if not for its proximity to Star Wars. I really believe it deserves more attention from film and history buffs. It has an all-star cast and lots of great action. It does a wonderful job explaining the ins and outs of the battle, though some points are disputed in the realm of historical debate.

The movie’s music is no slouch either. As with Longest Day large portions of the film are unscored, but composer John Addison has a little more to work with and makes the most of his spots. Before anybody criticizes the score for being a dated rah-rah affair, too heroic for a military tragedy, they should know something about Addison. He was actually a veteran of the battle, having served as a tank officer in the XXX Corps, and asked for a chance serve as composer. Naturally the idea of an actual veteran scoring one of his own major life events was too good to pass up. The result is a heartfelt and sincere score, steeped in heroic fanfares without losing sight of what a tragic event Market Garden was for the paratroopers stuck in Arnhem and the unfortunate Dutch civilians caught in the crossfire. This is the type of war score that is sadly missing from today’s genre offerings, which refuse to engage in such catchy heroic scores for fears of being labeled jingoistic. END_OF_DOCUMENT_TOKEN_TO_BE_REPLACED