Skip to content
HomePosts tagged 'attack of the clones' 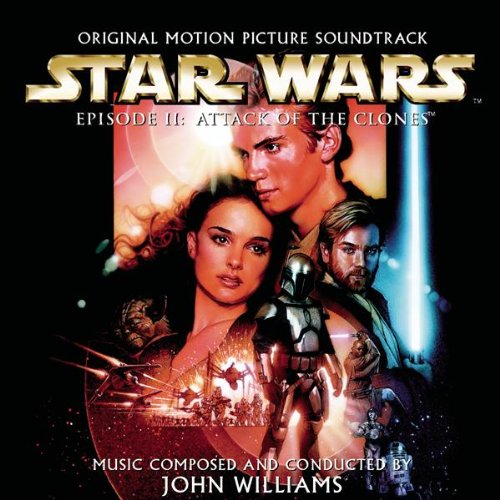 Despite a mixed reaction to The Phantom Menace, fans and moviegoers alike were still excited to see George Lucas’ second installment of the prequel trilogy. Attack of the Clones moves the story ten years later. Anakin is now a grown-up Padawan (a name for a Jedi apprentice) to Obi-Wan Kenobi. He reunites with Padme from the first film and serves as her bodyguard. Unfortunately he falls in love with her, violating a Jedi code against emotional entanglements. While one of the worst movie romances of all time ensues, Obi-Wan investigates an assassination attempt and learns of both a secret clone army and a Separatist plot headed by the ex-Jedi Count Dooku. The film ends with the beginning of the Clone Wars, an event name-dropped in the first Star Wars movie. Attack of the Clones was for a time considered the worst Star Wars film of all time. It’s at least still in top contention, even with many fans turning most of their ire towards the sequel trilogy. The romance is cringe and slows the pace of the movie, Anakin is whiny and unlikeable, and the dialogue in general is bad (at least in an unintentional funny way). This film really cemented fan backlash against George Lucas. Thankfully John Williams still delivers, albeit with a score that takes things in a new direction.

The album arrangement for Attack of the Clones is nearly chronological, a real departure from previous Star Wars soundtrack releases. There are also only 13 tracks since many of the cues are lengthy. Thanks to its mostly chronological presentation, I will take a mostly chronological approach to reviewing it. Pretty much all the known highlights are here. When I use the word “known,” I am referring to a theory that there is unreleased material. Bits of the film, and the last act in particular, are scored with inserted cues and edits from The Phantom Menace, as well as re-edits of “The Arena.” This has led to some fan speculation that Williams had some new material that was cut out late in post-production. I find it more likely that Williams simply chose not to score much of the last act under the assumption that last-minute edits would interfere with his material as they had with the previous entry. It would be astonishing to learn that 20 to 30 minutes of great Williams music has never come to the surface in any way. END_OF_DOCUMENT_TOKEN_TO_BE_REPLACED