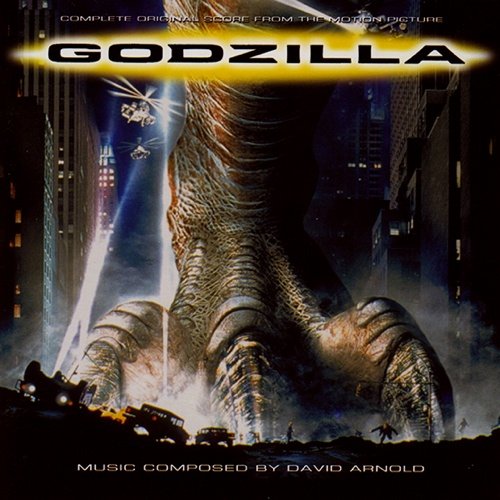 The Godzilla in this film is a mutated iguana that for some reason decides to swim all the way from the South Pacific to New York. Once there he causes havoc, but unlike the original he can be killed by heavier human weapons. Instead of destroying the city like a god, he spends the action scenes running away from helicopters, which cause more destruction than the monster itself with their missiles. The lead character, a scientist played by Matthew Broderick, learns that Godzilla is actually pregnant (making Godzilla a she or a creature able to switch genders). A rip-off of the raptor chase from Jurassic Park ensues. The movie is a bastardization of the source material. Its makers thought Godzilla was stupid and wanted to make him more “realistic.” Since 1998 Godzilla fandom has somewhat mellowed, preferring to see it as a decent fun film starring an unrelated Iguana called Zilla or GINO (Godzilla In Name Only). I still think it’s an abomination and an example of Americans not getting something from another culture. There is one bright spot in the movie and that’s David Arnold’s score. END_OF_DOCUMENT_TOKEN_TO_BE_REPLACED

Following the successfully realistic take on James Bond in Casino Royale, Ian Craig found himself the star of a rejuvenated series. Quantum of Solace serves as a second half to Bond’s origin story and continues the grittier style of its predecessor. It’s possibly my least favorite film in the series. It’s enslaved by modern action film conventions, the worst being the shaky cam and quick cuts which make the action scenes unwatchable. The plot and the villains are uninspiring as well. There’s little to no memorability to the whole film.

Scoring Bond for the fifth time, David Arnold faced a similar obstacle when once again, as with Die Another Day, the title song was created without any input from him. “Another Way to Die” is a duet by Alicia Keys and Jack White. It’s a so-so song, and I personally don’t find it as horrible as nearly everyone else seems to believe. Unlike Madonna’s song from Die Another Day, there is at least some melody, but it features un-Bondish wailing and voices that come across as a tad whiny at times. That being said, David Arnold does use pieces of it in his score, most notably towards the end of “Greene and Camille”, and the brief, but sexy “Field Trip”. However, while using bits of the song, Arnold also has his own six-note main theme (derived from the opening of a proposed song he made with none other than Shirley Bassey), a short piece introduced towards the end of “Time to Get Out”. As a result, his score has plenty of themes, but they don’t work as cohesively as they might have if Arnold only referenced one song. END_OF_DOCUMENT_TOKEN_TO_BE_REPLACED

After numerous complaints from James Bond fans regarding Die Another Day, the producers spent a couple extra years on the next film, ultimately deciding to go with a reboot that toned down the camp elements. Martin Campbell, director of the well-loved Goldeneye, came on to create this more realistic take on 007. Pierce Brosnan’s suave character was replaced with a more hard-edged and less quippy performance by Daniel Craig. Casino Royale is probably my favorite James Bond movie. I didn’t think I could ever be so engrossed by watching people play cards.

Coming over from the Brosnan years was David Arnold. His score for Casino Royale proves to be noticeably different from his previous scores, especially Die Another Day. For the third time he was allowed to help create the title song, and the result is one of the best Bond songs yet, and my favorite. Sung by Chris Cornell, “You Know My Name” is relentlessly energetic with awesome bad-ass lyrics. Unlike most of the previous songs, it doesn’t talk about romance or sleaze, but focuses on the dangerous life of a secret agent. Unfortunately, some legal issues prevented this wonderful piece of music from getting on album, and its absence is very frustrating since the CD now lacks its appropriate opener. END_OF_DOCUMENT_TOKEN_TO_BE_REPLACED 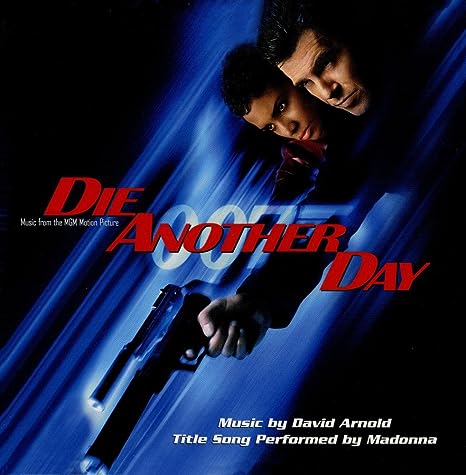 After a good start in 1995 with Goldeneye, the James Bond movies starring Pierce Brosnan were already losing steam by 2002’s Die Another Day. Released on the 40th anniversary of the franchise, it met with commercial success, but was panned by critics and most Bond fans for heightening the levels of camp and throwing in a lot of CGI. The lousiness of the critical reception caused the producers to reboot the series with the far more grounded Casino Royale.

Also receiving some criticism was the music. Despite his proven successes with “Surrender” and “The World is Not Enough,” David Arnold had no involvement with this flick’s opening number. One of the worst atrocities of the film is the opening song, “Die Anther Day” performed by Madonna. It’s the worst song ever to grace the main titles of a Bond movie. It’s greatest sin is the lack of an actual melody to incorporate into the score. It is instead a bunch of repetitive electronics frequently interrupted by distortions. The lyrics themselves are heavily auto-tuned and pretty atrocious. The song appears to be about shutting down your body and denying sex, with a random utterance of “Sigmund Freud” that has no place in any Bond song. Making matters worse is that the album version runs about five minutes long. Amazingly, the Prague Philharmonic Orchestra managed to make a cool instrumental of this song, so check that out. END_OF_DOCUMENT_TOKEN_TO_BE_REPLACED 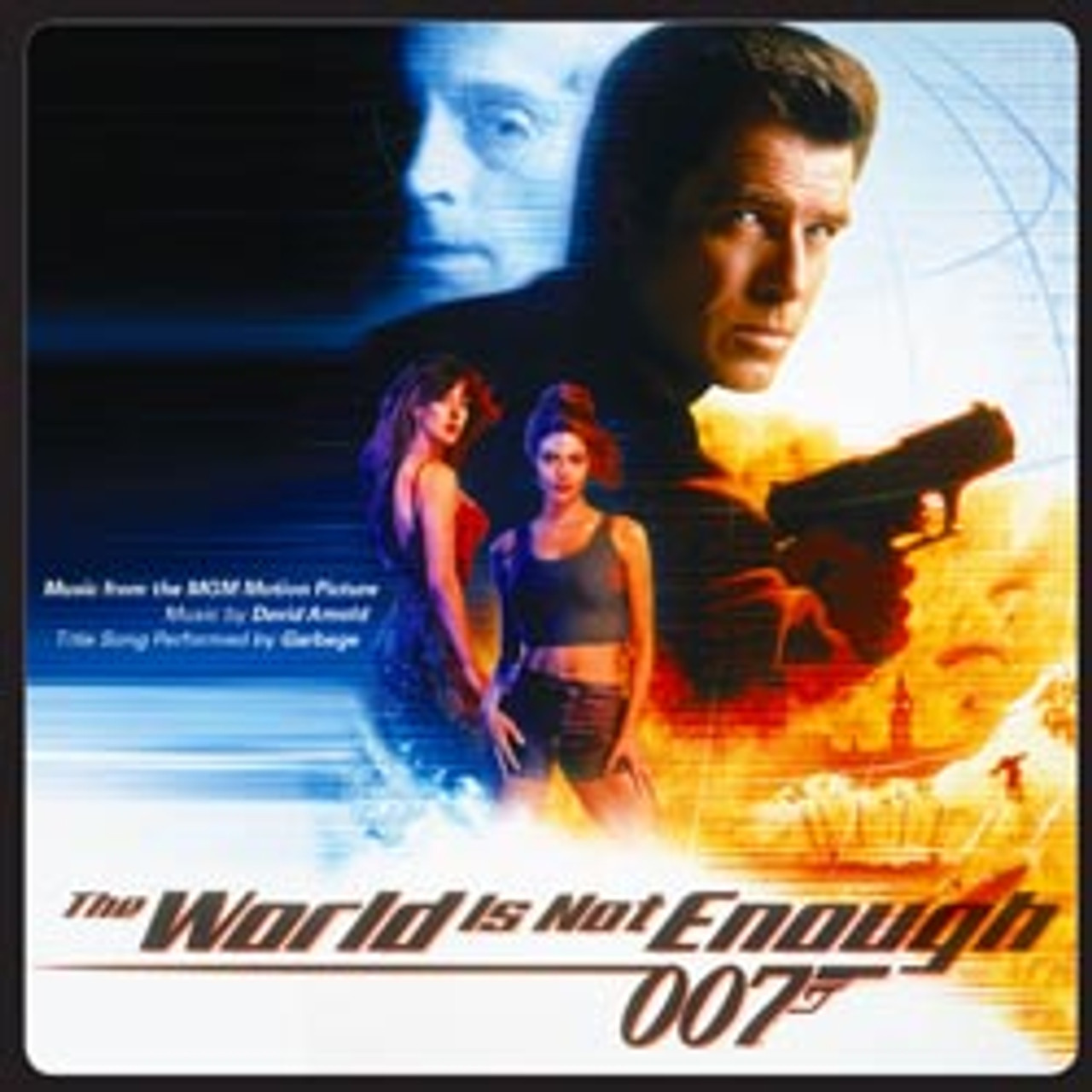 The World is Not Enough is generally considered to be a flawed gem. It has a pretty good and unique storyline, but thanks to some questionable choices (Denise Richards as a twenty-something nuclear physicist in hot pants is the film’s greatest error) a good number of fans don’t care much for it. Thanks to the smashing success of his music for Tomorrow Never Dies, David Arnold returned. After a great score for the aforementioned film, David Arnold was officially the new musician for James Bond, and was the first after John Barry to actually get to a second outing.

This time Arnold was able to provide the opening title song, which of course shares its title with the movie. Sung by Shirley Manson of the band Garbage, It’s a good song, and weaves in a bit of the James Bond theme at the end. Usually only three notes, the “not enough” portion of the song, is used, with the following melody distinguishing its use in certain scenes. There’s a soaring romantic version in “Snow Business” which regrettably was originally only available via David Arnold’s website instead of the actual album. This romantic version returns on piano in “Christmas in Turkey.” There’s an action variation that appears in “Come in, 007, Your Time is Up,” most notably in “Ice Bandits,” and amidst heavy electronics in “Caviar Factory.” END_OF_DOCUMENT_TOKEN_TO_BE_REPLACED

After the critical failure of Eric Serra’s Goldeneye score, the producers brought in David Arnold, who had just released his James Bond tribute Shaken Not Stirred, a collection of title songs and a few instrumentals redone by artists (regrettably this was in the 90s). John Barry was impressed with some of the re-orchestrations Arnold did for the songs and recommended him. This turned out to a popular choice with Bond fans, and Arnold has the second most Bond scores under his belt. The film itself is a light remake of The Spy Who Loved Me. This time Bond eventually pairs up with a Chinese agent to foil World War III. The villainous mastermind is Elliot Carver, a media mogul who wants to boost his circulation by creating a massive war.

David Arnold has been lauded for his ability to pay homage to John Barry while having his own style. Tomorrow Never Dies is singled out for its successful merging of orchestral and electronic elements. Arnold has received criticism for scoring most of the action cues with loud, multi-layered music, whereas most previous composers would take a more restrained approach, often leaving scenes unscored for the purposes of suspense or so that the sound effects team could take have the limelight. This criticism of Arnold is true to a point. Some of the more basic fist fights could do with less noise instead of being scored like climatic battles. But at least his music is highly enjoyable. END_OF_DOCUMENT_TOKEN_TO_BE_REPLACED