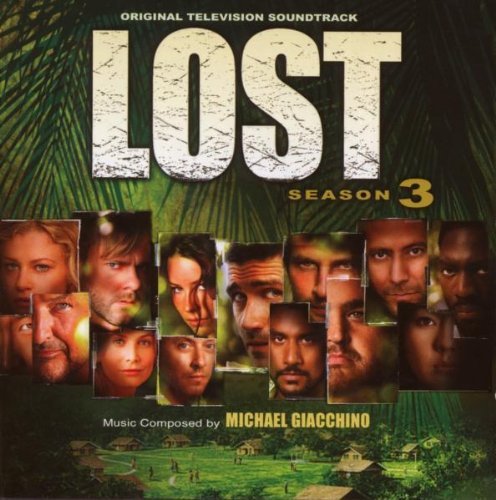 Season three of Lost was the last of the show to run for a full 20+ episodes. From what I recall it’s my favorite season, though it also sported the single worst episode in “Stranger in a Strange Land.” In this season the show digs deeper into the mysterious Others, the other inhabitants of the island. At the same time more aspects of the greater conflict start to appear, of course in mysterious tidbits. Giacchino’s music definitely went on an upswing this season. With the dramatic stakes escalating the emotional cues have more power. There’s also a lot more in the way of action scenes and a couple smoke monster attacks, so in contrast to season two there’s more excitement and intense rhythms to be had. In a welcome surprise, Varese Sarabande opted to release two jam-packed discs. There were so many musical highlights and thematic development that this was definitely a wise move. The first disc contains music from the first 20 episodes, while the second has the complete score for “Through the Looking Glass,” the season finale, and an abundance of material from the preceding episode.

The first disc is definitely superior, featuring selected highlights. By this time the music was much more lush and exciting and at certain points positively cinematic. The second disc is a different story. It is fascinating to get a complete score from one of the episodes, but the end result is a good amount of material that simply isn’t that engaging, from slow, underdeveloped emotional signatures to ambient suspense. There’s lots of slow string twanging and long pauses between notes. The sound quality on the second disc also seems to be hastily taken from the initial recording sessions. A better release would have had both discs be highlight-centric, with a few more cues from the first 20 episodes and a more rounded 40-50 minute presentation of music from the last 3. Still, it’s hard to complain when one considers how much great material would have been left off a single disc. END_OF_DOCUMENT_TOKEN_TO_BE_REPLACED