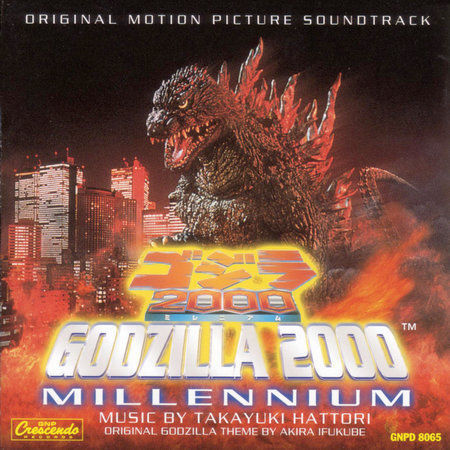 Hattori abandons his Godzilla theme from Space Godzilla, not a bad idea since that theme was a weak point in that particular score. It was too heroic and corny and didn’t suggest anything of the terror or majesty of the fire-breathing dinosaur. The composer instead gives Godzilla a melancholic theme, showcased in the first track. This theme doesn’t really make too much of an impact after the opening tracks, with only small statements woven into the score until the final battle cues. That said it is a far superior theme from Hattori. END_OF_DOCUMENT_TOKEN_TO_BE_REPLACED