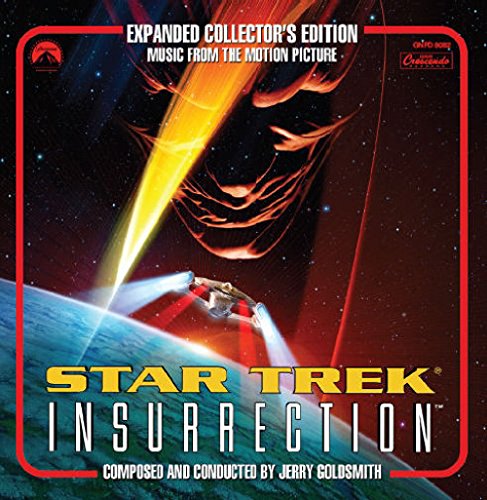 After witnessing a cinematic showdown with the Borg in First Contact, audiences were let down by Insurrection. The plot of Insurrection revolves around an idyllic village where the human-like inhabitants are blessed with perfect health and, as it turns out, extended lifespans. Working with the alien So’na, a Federation admiral plans to relocate the people so they can tap into the planet’s properties and extend its gifts to its own citizens. Not happy with this forcible removal of people from their homes, Picard and the rest of the Next Generation characters defy authority and seek to protect the villagers while uncovering a conspiracy. If this sounds like a run-of-the-mill episode from the series, then you’ve figured out one of the issues audiences had with the film. Worse, this film came out at the same time the Federation was locked in a galaxy-spanning war with the Dominion on Deep Space Nine. Why the famed Enterprise would focus its efforts on a few hundred villagers instead of fighting on the front lines is anybody’s guess. Also, the moral messaging of the film is undone by plot holes and the ongoing context of the Dominion War. It’s perhaps the dullest and most uninteresting film of the entire franchise, though one would not guess it if he or she were to first listen to Goldsmith’s exciting score.

Goldsmith’s work on Insurrection is not as, how shall I put it, innovative as his previous forays into the series. The plot doesn’t have as much alien elements to work with. However he still takes out the electronics for some unique atmospheric segments. For the most part the score is traditionally orchestral. The primary theme is the Insurrection motif, which usually appears as a rising four-note action signature. In some of its lengthier iterations it almost sounds like Goldsmith’s main theme form The Mummy (which came out the same year). This motif appears in just about every action cue, to the point that it will definitely stick in the listener’s mind. It’s introduced in the midst of the Alexander Courage fanfare at the opening. It frequently appears in counterpoint with a piano rhythm motif that represents the suspense and action. These two motifs are good, but are perhaps repeated too much, producing a potentially tiring listen. END_OF_DOCUMENT_TOKEN_TO_BE_REPLACED