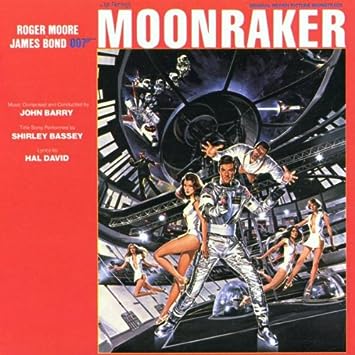 Despite continuing tax issues, John Barry was able to score Moonraker and here he provides one of his most out-of-the-box Bond scores, featuring choir and a heavier than normal dosage of romance. It is a surprisingly slow work to accompany such a wacky action film. Unfortunately, the album was not able to be expanded in its re-release and only a half-hour of music is available on the main soundtrack. This is frustrating because I think there was almost enough room on an LP to fit the entire score. There is a lot of random pairings of cues in the tracks, so it would take some editing software to rearrange the music chronologically if that’s a big deal for you. END_OF_DOCUMENT_TOKEN_TO_BE_REPLACED