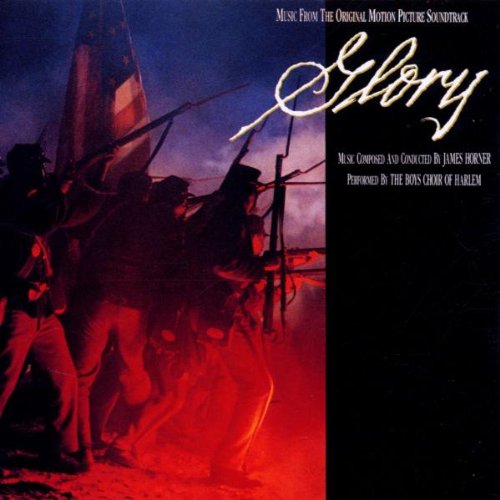 James Horner’s music for Glory is both highly reverential and deeply emotional. The music is dominated by sweeping strings, military drumbeats, and bugles and trumpets for more dramatic military scenery. This is not a brassy war score. Of great importance to the score is the Boys Choir of Harlem. It was traditional for composers to seek out highly respected English boy choirs, but Horner believed this film should have an American one. The kids got a paid air ride to California to work on the music and reportedly their scoring sessions with Horner left many of the crew members (including director Zwick) in tears. Horner implements the choir frequently, usually to underscore the noble purpose of the 54th, but also to give “Charging Fort Wagner” a climatic, epic feel. Horner incorporates pieces of period music, usually in the form of fife-and-drum marches. Reviewers have pointed out, sometimes in an accusatory manner, that Horner borrowed classical pieces of music for this score. However, Horner infuses his recreations of classic music with so much of his voice and passion that they still stand out in his own voice. I’ll get to these as I run through the themes and album. The commercial album is a tight 42 minutes. There is some missing material, but most of it is source music and the original compositions are already well represented on album. There also isn’t much in the way of action music which is actually standard for many modern war films but is different for Horner, who would later give the likes of Windtalkers and Enemy at the Gates lengthy and melodramatic action pieces. END_OF_DOCUMENT_TOKEN_TO_BE_REPLACED 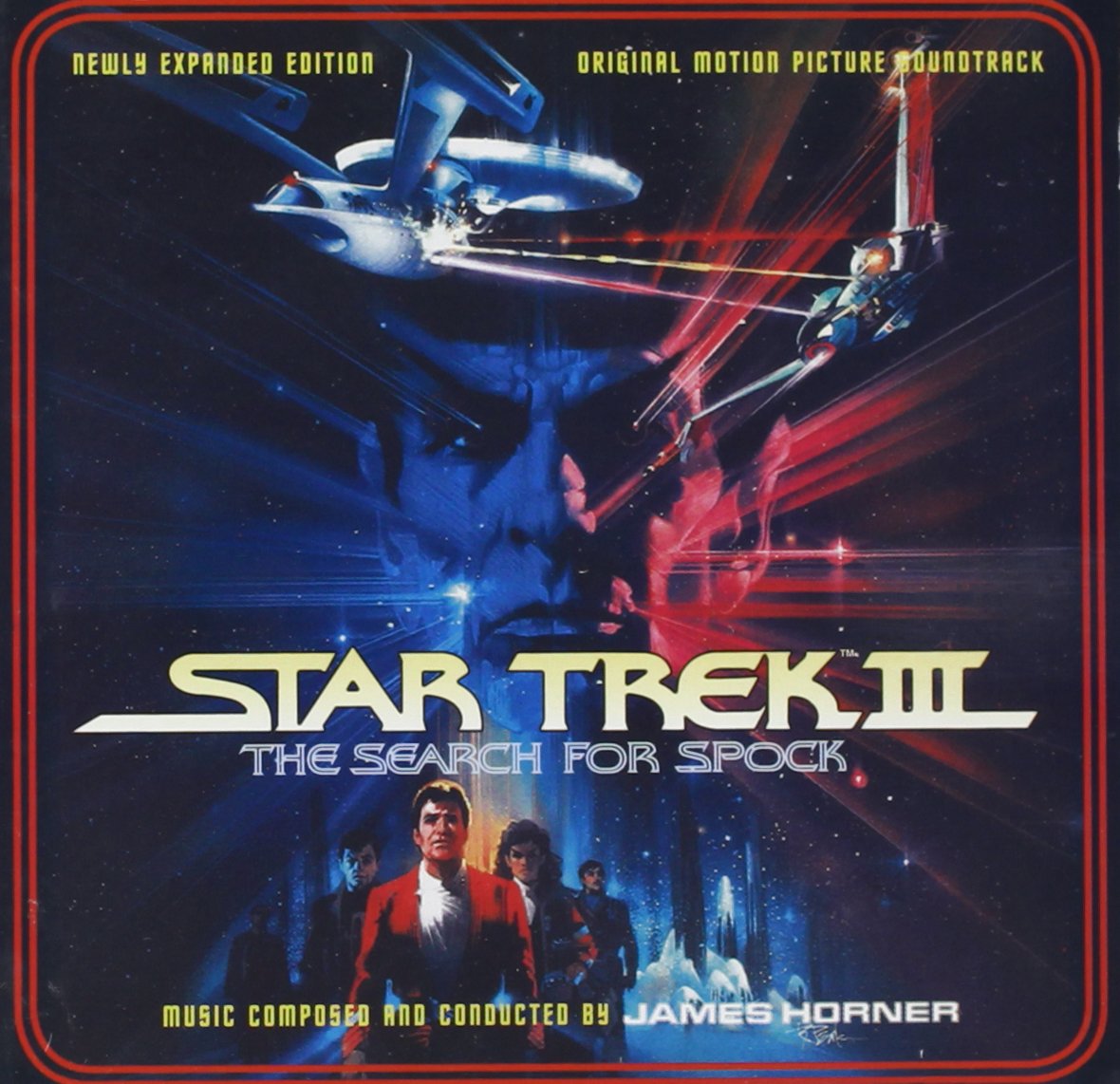 The third installment of the Star Trek films and the second of the Khan trilogy is a direct sequel to Wrath of Khan. Leonard Nimoy, who planned to exit (spoiler) the franchise with his death in that film ironically found himself inspired to continue on after seeing how great said film was. However, he only returned on the condition that he would get to direct. Search for Spock deals with the fallout of Wrath of Khan. Spock planted some of his thoughts and identity into Dr. McCoy before dying. At the same time the Genesis device has recreated Spock’s body, starting him over as a child. Kirk and friends disobey orders to go to the Genesis planet and restore their friend. However the Klingons are also interested in the effects of the device, leading to some action sequences. For some reason fans listed (some still list) this film as one of the bad Trek films. I find it to actually be a very underrated movie and think it suffers from being sandwiched by Wrath of Khan and The Voyage Home, the two most highly regarded entries in the series.

Leonard Nimoy wanted his friend Leonard Rosenman to provide the score. Paramount did not allow this, insisting that James Horner return. This resulted in a score that had strong continuity with the previous entry, perhaps too much continuity. Horner doesn’t really create much in the way of new themes. The freshness of the score comes more from new orchestrations of his constructions from Wrath of Khan. Horner always had the uncanny ability to lift his themes and motifs from previous movies but somehow make them stand out in a new setting (he did something similar with the Zorro films). That being said there are portions of the Search for Spock that retread familiar ground. The biggest sinner in this regard is the end credits suite, which is an exact copy of Wrath of Khan’s. END_OF_DOCUMENT_TOKEN_TO_BE_REPLACED