Christopher Nolan’s Dark Knight is still considered by many to the not just the greatest Batman movie but the greatest superhero movie of all time. For me the film does live up to the hype, and was certainly better than Batman Begins with stronger villains (especially the deceased Heath Ledger’s performance as the Joker), clearer action scenes, a heavily intense story, and great performances by Gary Oldman as James Gordon and Aaron Eckhart as Harvey Dent.

One area that did not  necessarily improve from Batman Begins is the music. Once again collaborating with James Newton Howard, Hans Zimmer and Media Ventures was now in even more control, with Howard only rarely showing his style. When deciding who would get what of the two new main character themes (Joker and Harvey Dent/Two-Face), Zimmer got the big main villain. END_OF_DOCUMENT_TOKEN_TO_BE_REPLACED 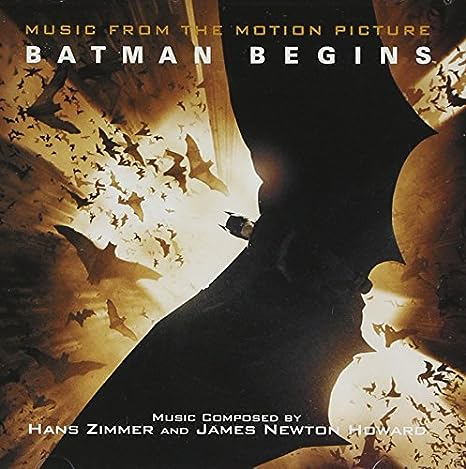 Eight years after the disastrous Batman and Robin, Warner Brothers released the Christopher Nolan-directed reboot of the Batman franchise: Batman Begins. Batman Begins successfully returned the character to his darker roots. The new film universe was also much more gritty and realistic, with no neon lights or wacky over-acting villains. The best thing the reboot did was make Commissioner Gordon (played wonderfully by Gary Oldman) an important character. The movie does have its flaws, such as a weak third act and a potential to engage in pretentious dialogue, but I think it captures the Batman of the last thirty years perfectly. END_OF_DOCUMENT_TOKEN_TO_BE_REPLACED