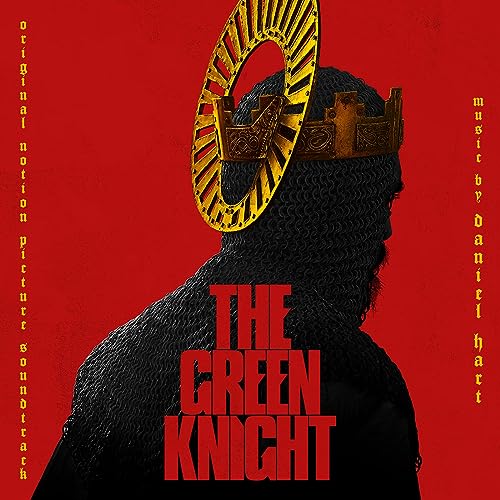 The Green Knight is David Lowery’s horror-style retelling of the legend of Sir Gawain (Dev Patel) and the Green Knight. On Christmas Day in Arthurian England, the Green Knight offers a game. The challenge is for one knight to land a blow on him. The catch is that a year later the knight must receive from him an equal blow. Gawain, eager to prove himself, rashly lops off his head. The Green Knight simply picks up his severed head, so now the young man must go on a quest to reach the Green Chapel to have the blow returned (and suffer his death). Along the way he has several supernatural encounters and faces many hardships. The movie is a masterpiece in visuals, save when the cinematographer goes overboard with the shadows. The emphasis on long and/or artistic takes also gives off an air of pretentious self-indulgence on the part of Lowery. The main issue is that unless one has familiarized himself with the original story the film and its themes get very difficult to follow. Things are harder to follow thanks to the audio work. A lot of the dialogue is muffled, whispered, or delivered in overdone creepy tones. The music by Daniel Hart doesn’t help much, either. It goes for atmospheric tones in a manner that I argue hurts the film further.

Daniel Hart is a frequent collaborator with David Lowery and often adds to the ambiguity of his films with experimental and oft minimalistic scores. “In Stori Stiff and Stronge” sets the tone, with aimless woodwinds, wooden percussion, and a simple eerie woman’s choral motif. Hart effectively creates a dream-like atmosphere. However, the minimalist nature of the score in general makes it difficult to understand the emotions behind the dialogue and in turn connect with Gawain himself. The music instead, especially the choral motif, proves distracting and lends a horror atmosphere to scenes that really shouldn’t have it. The opening scenes in particular suffer. In conjunction with the overuse of shadows and muffled dialogue for Christmas festivities, they create an uneasy and foreboding atmosphere that should really kick in once the Green Knight issues his challenge. Even as the knights are having a bountiful feast, Hart fails to give the scene any proper levity to be disrupted by the arrival of the titular antagonist. Ironically there is one moment where music was absent but really needed. Lowery has a long shot of Gawain leaving the town to embark on his quest. Just a simple ascending horror cue could have helped the audience understand the protagonist’s fatalistic apprehension. END_OF_DOCUMENT_TOKEN_TO_BE_REPLACED