Skip to content
HomePosts tagged 'night at the opera' 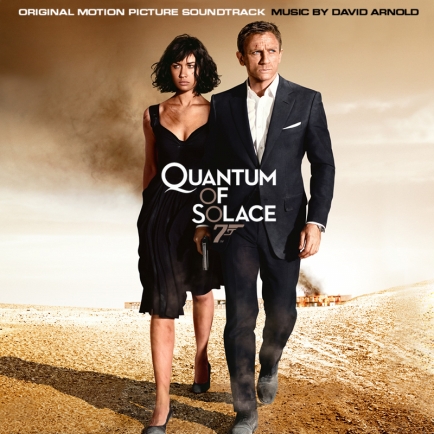 Following the successfully realistic take on James Bond in Casino Royale, Ian Craig found himself the star of a rejuvenated series. Quantum of Solace serves as a second half to Bond’s origin story and continues the grittier style of its predecessor. It’s possibly my least favorite film in the series. It’s enslaved by modern action film conventions, the worst being the shaky cam and quick cuts which make the action scenes unwatchable. The plot and the villains are uninspiring as well. There’s little to no memorability to the whole film.

Scoring Bond for the fifth time, David Arnold faced a similar obstacle when once again, as with Die Another Day, the title song was created without any input from him. “Another Way to Die” is a duet by Alicia Keys and Jack White. It’s a so-so song, and I personally don’t find it as horrible as nearly everyone else seems to believe. Unlike Madonna’s song from Die Another Day, there is at least some melody, but it features un-Bondish wailing and voices that come across as a tad whiny at times. That being said, David Arnold does use pieces of it in his score, most notably towards the end of “Greene and Camille”, and the brief, but sexy “Field Trip”. However, while using bits of the song, Arnold also has his own six-note main theme (derived from the opening of a proposed song he made with none other than Shirley Bassey), a short piece introduced towards the end of “Time to Get Out”. As a result, his score has plenty of themes, but they don’t work as cohesively as they might have if Arnold only referenced one song. END_OF_DOCUMENT_TOKEN_TO_BE_REPLACED