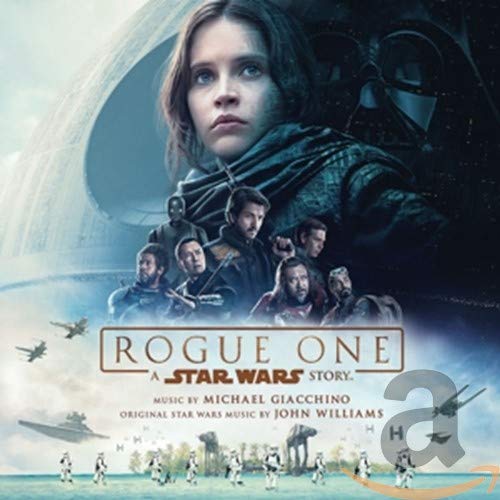 Having bought Star Wars, Disney was not content to just release a sequel trilogy. They wanted to milk the franchise with a cinematic universe akin to Marvel’s superhero brand. In the years between the main trilogy releases they would have standalone Star Wars films. The first such film was hardly “standalone.” Rogue One tells the story of how the Rebel Alliance gained the Death Star plans. A team of Rebel agents and misfits, one of them the daughter of the Death Star’s main designer, dodge Imperial agents and, under the cover of a pretty awesome battle, manage to download the Death Star plans to a small drive. The movie is entertaining and is great on the visual and action sides, thanks to the efforts of director Gareth Edwards. The main problem is that one has to watch the original trilogy to actually get any emotional connection with it. It’s loaded with fan service, much of it awkwardly shoe-horned in. Also, most of the characters are pretty forgettable. It’s a bad sign when it takes me years to memorize the names of Star Wars characters. Perhaps it was easier to retain the names of such minor characters as Dexter Jettster and Momaw Nadon when I would get the DK visual guides and action figures.

One intriguing element of the spin-off films was the fact that John Williams would not score them, giving other established composers a chance to play with the Star Wars universe. Edwards originally had Alexander Desplat, who had provided a solid score for his Godzilla, on board. However, the film went through massive last-minute re-shoots, as evidenced by the abundance of trailer footage that was absent from the finished product. Desplat’s schedule did not allow him to re-score the film. As sad as it was to see one of Hollywood’s most respected composers drop out, his replacement was a logical choice. Michael Giacchino is an avowed fan of heavily thematic film scores and has created many of his own. His work on the Medal of Honor and Lost World: Jurassic Park video games brought to mind Williams’ own material and he had long been hailed as a possible successor to his legacy. For Rogue One Giacchino had the rough, yet opportune task of creating a Star Wars score within a few weeks. The final effort shows that he succeeded, but with some reservations. END_OF_DOCUMENT_TOKEN_TO_BE_REPLACED

Since everything has to have a cinematic universe now, Star Wars has been getting standalone movies alongside the main trilogies. The first of these, Rogue One, tells the story of how the Rebels got the Death Star plans. It’s an okay movie. Most of the characters are one-dimensional and it takes a while for things to get going. There’s little moments of horrible fanservice as well. Do we really need to see those two a-holes from the Mos Eisley cantina? And was it necessary to have a creepy CGI Tarkin? It wouldn’t be sacrilegious to just find a look-a-like actor and cast him. But the final battle is probably the best the franchise has ever offered and pretty much elevates the entire movie on its own.

Along with being a standalone movie, Rogue One is also notable for being the first Star Wars film scored by someone other than John Williams. Originally, director Gareth Edwards had Alexandre Desplat hired on. But thanks to a ridiculous amount of last-minute reshoots and re-editing, his score didn’t fit and he was too preoccupied with another project to rework it. Michael Giacchino was brought in to produce a full Star Wars score in under a month. Giacchino has often been associated with John Williams, with his Medal of Honor music being reminiscent of the Indiana Jones scores and his work on Jurassic World. So does his score stand up to Willliams’ standards? First the themes. END_OF_DOCUMENT_TOKEN_TO_BE_REPLACED