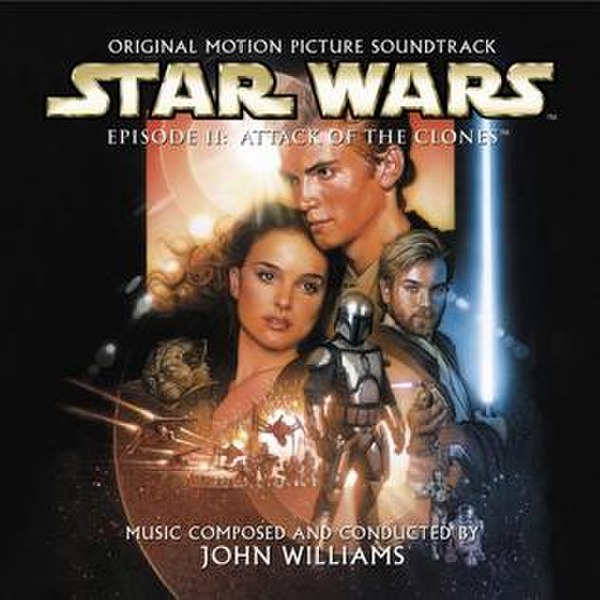 Three years after the disappointment of Phantom Menace, many fans still found their expectations building for Attack of the Clones. It’s about as bad as its predecessor, some would say worse. While there is no child Anakin or Jar Jar, there is still unmemorable characters and too much politics. Also added to the mix is a whiny Anakin Skywalker who spends a good chunk of the film engaged in the worst love story of modern cinema. But also like Phantom Menace, a bright spot is John Williams’ score.

However, Williams did show a troubling trend of holding back on new themes, even though the score is still a thematic one.

Anakin and Padme: Showcased in “Across the Stars”, this sweeping love theme has been accused of deriving too much from Williams’ Hook theme. There’s a similarity, but it’s only one part of the theme, maybe a couple seconds. This lovely theme dominates the soundtrack, just as the cringeworthy romance between Anakin and Padme does. Though it is a love theme, it does swell up fairly often to show that this romance will have ramifications across the entire galaxy. END_OF_DOCUMENT_TOKEN_TO_BE_REPLACED