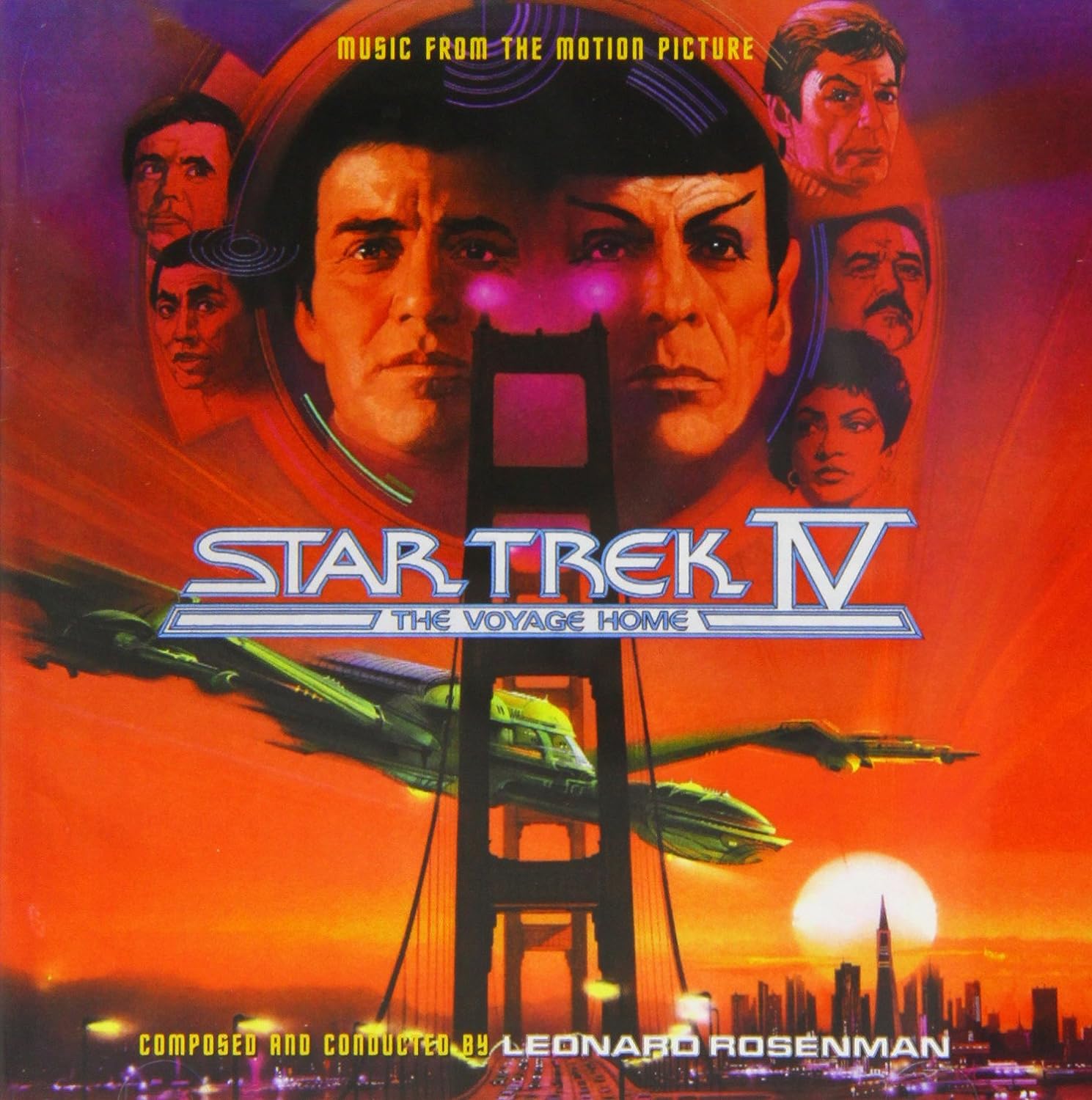 With his success directing Search for Spock, Leonard Nimoy was allowed to direct yet another Star Trek film. While Wrath of Khan might objectively be the best of the series, The Voyage Home is my personal favorite. Kirk and friends are in trouble after disregarding Starfleet commands to rescue Spock. They are on their way to earth to face justice when a cigar-shaped probe gets there ahead of them and starts to mess with the environment. The probe is using unusual signals in an effort to communicate with something. That something turns out to be humpback whales, which were hunted to extinction at the end of the 20th Century. Kirk and his crew, remembering time travel methods from the original TV series, go back to 1980s San Francisco to find and bring back a  pair of whales and save earth. The film is very fun and unique. It has a conservationist message without being heavy-handed, has no space battles, and wonderful fish-out-of-water humor with the future Earthlings trying to get around modern society. One further awesome piece of trivia is that this film raised a lot of awareness about the over-hunting of whales and may have saved the humpbacks from actual extinction! James Horner and his acclaimed themes unfortunately did not return. Using his clout from his previous success, Nimoy was able to bring on his friend Leonard Rosenman for the score. The result is a soundtrack that has stirred some debate and strong negativity among Star Trek and film music fans.

The main argument against Rosenman’s work is that it is too light-hearted and out of place. Is this the case? The film is, after all, very light-hearted for most of its running time. One thing to note is that the film did not call for a whole lot of music thanks to all the time spent on contemporary earth. There is about 40 minutes of score, 35 when one considers that a five-minute piece is really an 80s-style track performed by the Yellowjackets (but still composed by Rosenman). Surprisingly the original album did not feature the complete score though it was within possibility. The expanded album is certainly better, with its chronological track ordering making for a better listening experience. Many of the tracks are really a bunch of tiny cues merged together, so as to avoid a long tracklisting of sub-minute pieces.  END_OF_DOCUMENT_TOKEN_TO_BE_REPLACED

After the box office disappointment of Godzilla vs. Biollante, Toho did what many American studios have done in the past couple decades. They played it safe, acting on nostalgia by bringing back familiar foes and concepts. Godzilla vs. King Ghidorah reimagines the dragon as the genetic creation of Futurians, time travelers who claim to be saving Japan from an apocalypse. The time travel elements are wacky and make no sense, but are highly entertaining. They do create some powerful moments by revealing more of Godzilla’s origins and examining his relationship to Japan as both protector and destroyer. This film also brought us the android M-11, who is somehow both cool and goofy at the same time. The film thus works on both an ironically hilarious and legitimately interesting level.

The film’s nostalgia factor was bolstered by the return of Akira Ifukube. According to an interview he was convinced to make his comeback by his daughter. She alerted him to the fact that Godzilla’s heroic theme appeared as a rock piece in Godzilla vs. Biollante. Ifukube thought this a grievous mis-use of his work and felt motivated to do what he considered proper. The result is a familiar and attractive score, but one unfortunately very unoriginal in places. END_OF_DOCUMENT_TOKEN_TO_BE_REPLACED