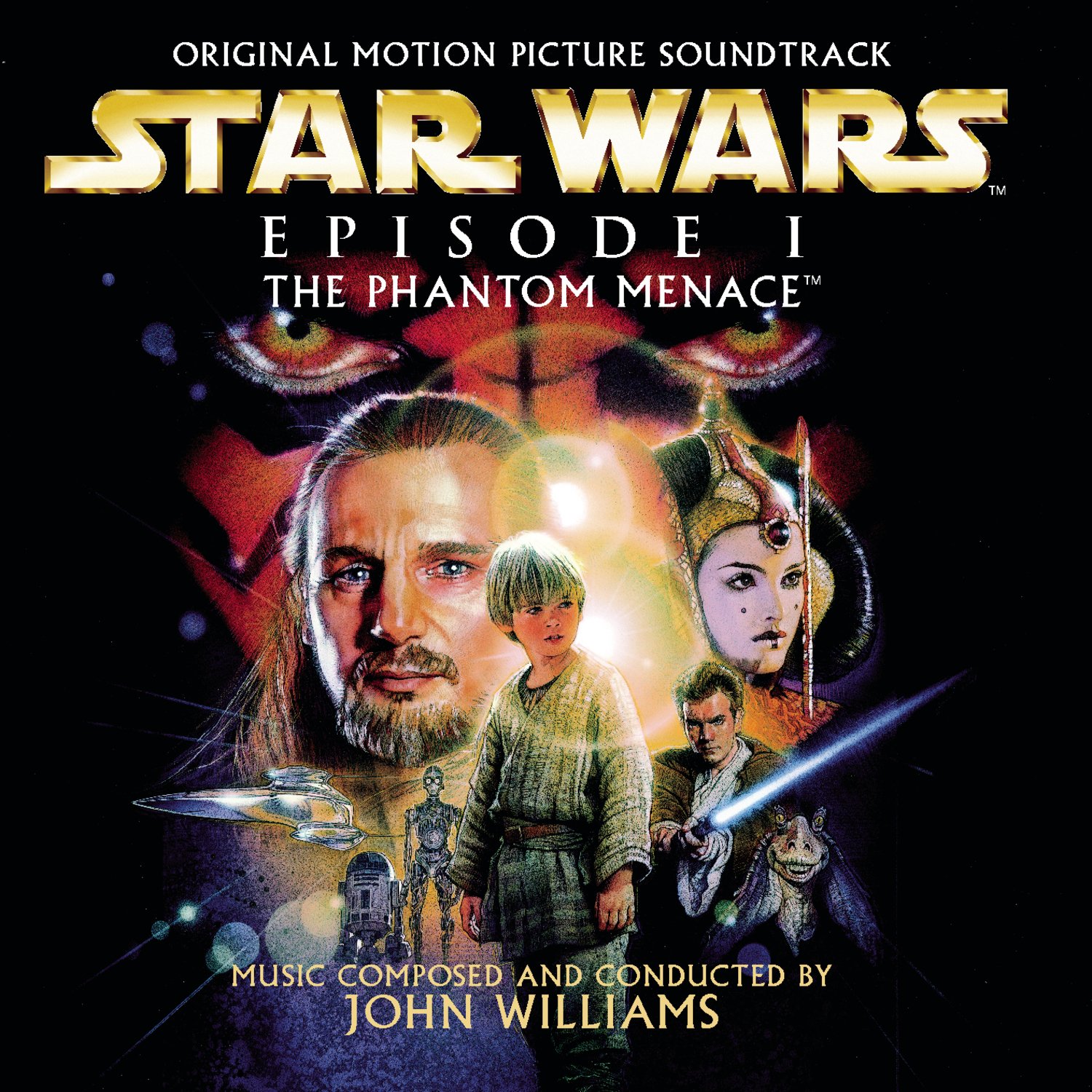 As the Star Wars franchise experienced a revival in the 90s, George Lucas decided to finally bring it back to the big screen. He chose to go back in time, to show how Anakin Skywalker became Darth Vader and how the Galactic Empire rose to power. The Phantom Menace steps in when Obi-Wan is still a Jedi apprentice and Anakin is a ten-year old slave on Tatooine. Critics and fans alike initially gave the film a warm reception, but soon many began to realize it was a far cry from the original trilogy. Much of the blame for the new Star Wars’ creative failure was hoisted upon comic relief Jar Jar Binks. While the amphibious alien is a horribly obnoxious and unfunny character, the film’s flaws are much deeper than that with a load of underdeveloped characters and a central conflict that’s head scratching (namely how a business federation is able to get away with blockading and then occupying a planet within a democratic republic). Still praised was John Williams’ fourth Star Wars score.

By the late 90s Williams’ musical tone had changed, some may say matured. He engaged less in rousing blockbuster fare and when he did there were notable differences. His score for the Lost World: Jurassic Park was very dissonant and even his score for Indiana Jones and the Last Crusade seemed restrained in relation to its predecessors. His score for Star Wars’ prequel trilogy is also notably different from the original. His score for Phantom Menace is the closest in tone to the original trilogy, with a considerable set of recurring themes and motifs. Even his album arrangement is heavily reminiscent of those for the original releases of A New Hope and Empire Strikes Back. The tracks are not chronological and cues from different parts of the film are edited together, though thankfully much more smoothly this time. END_OF_DOCUMENT_TOKEN_TO_BE_REPLACED 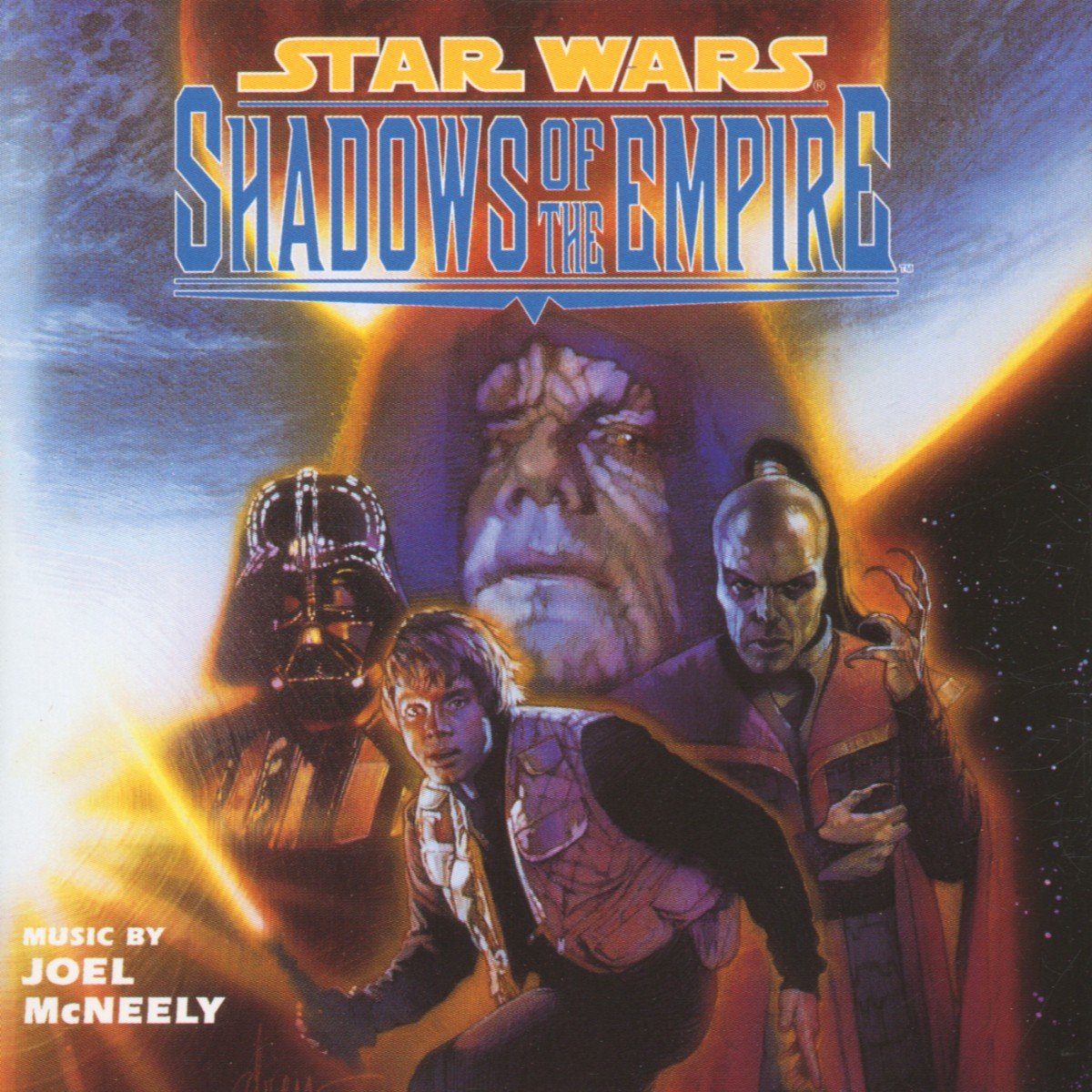 In the mid-1990s, Star Wars fandom was experiencing a large revival, with hundreds of new action figures, many new video games, and a whole new expanded universe in the form of novels and comics. George Lucas, who by now had become the ruler of a marketing empire, decided to select an upcoming novel and treat it like a movie. This meant that for a novel there would be toys, a video game, a comic book adaptation, a making-of book, and, most unusually, a soundtrack!

That’s right. A soundtrack would be created for a movie that doesn’t exist, though parts of it would be present in the video game. Lucas picked Shadows of the Empire. I guess the fact that Darth Vader was still alive in said novel probably helped it. The multimedia event would ensure that this book became one of the most highly praised among fans, particularly nostalgic ones that played the video game. The novel is pretty decent, with a good story, but there are many Star Wars novels I would rank higher (Timothy Zahn’s Thrawn trilogy and the novelization of Revenge of the Sith among the top). The novel takes place between Empire Strikes Back and Return of the Jedi. Luke Skywalker and friends are trying to rescue the carbon frozen Han Solo, but get sidetracked when assassins start coming after Luke. The mastermind is Prince Xizor, a reptilian crime lord who, out of a past grudge, is trying to destroy Vader’s favor with the Emperor by ensuring that Luke could never be captured and brought to the Dark Side of the Force. The comic tie-in heavily features several sub-plots absent from the novel, Boba Fett’s desperate attempts to deliver Han to Jabba being the most famous. Other bounty hunters try to kill him and take his prize for themselves. END_OF_DOCUMENT_TOKEN_TO_BE_REPLACED