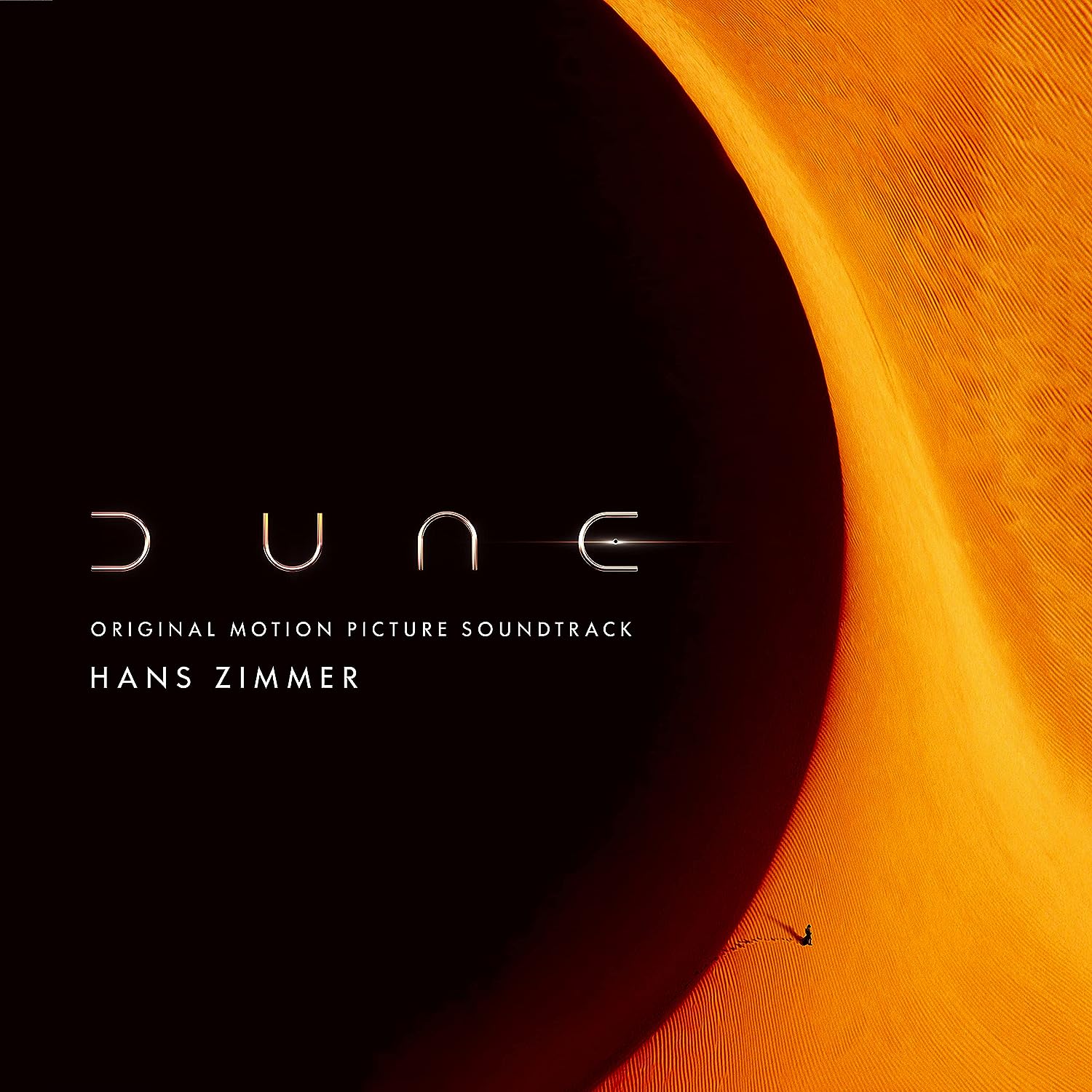 It would be wise to attempt a basic summary of the story itself. While there are battles, the emphasis of the story is on politics, religion, and psychological conflict. The basic story is that the desert planet of Arrakis supplies a star-spanning human empire with spice. This spice has many purposes, enabling some humans to gain incredible abilities, and whoever controls the spice can control the course of the empire while making immense profits. As a result various powerful aristocratic houses strive to gain control over its collection and distribution. The Emperor hands the planet over to the House Atreides. The villainous House Harkonnen, however, makes a power play. Paul Atreides and his mother Jessica (a Bene Gesserit who can manipulate others through the use of her voice), find themselves seeking refuge with Arrakis’ desert-dwelling Fremen. Paul takes advantage of a prophecy to set himself up as a messiah figure and vie with other powerful figures for control of the empire.

Getting back to the music, Zimmer has definitely veered towards minimalism over the past decade. Inception and Interstellar had very simple constructs, yet retained dramatic and emotional power. He then took an experimental dive with Dunkirk. While not the most pleasing music, its ambience was somehow gripping and really drove home the tension of that film. He then worked with Dennis Villeneuve on Blade Runner 2049. The end result of that was a dull and bland foray into full minimalism. Since Villeneuve directed Dune, perhaps the director has put pressure on Zimmer to go full minimalist. The exceptions in the composer’s recent repertoire are his superhero scores, which are imbued with clearer themes.

Zimmer claimed he was trying to create a totally alien atmosphere. An actual major fan of the novel, he wanted to reflect the sound of the planet Arrakis. This includes wind-like synthesizers and woodwinds, creaky percussion flutters (the percussion is actually synthesized as well), a thumping electronic heartbeat, and lots of choral ambience from throat-singing to eerie solo soprano to foreboding whispers. He also wanted to underscore the manufactured spiritual aspects of the story, hence the ethereal ambience. Zimmer succeeds in his stated goal, but guts the emotional core of the music with his experimentalism. What’s frustrating is that one can create a more melodic score while still retaining alien sounds. One only has to look at Jerry Goldsmith’s work on the Star Trek franchise or some of Ludwig Goransson’s compositions for The Mandalorian. Zimmer could have taken the sounds of his score and built up his motifs into fuller, more memorable themes. Another approach would have been to play up the differing cultures of the story. Indeed, Zimmer actually does so, but fails to create a distinct interplay between the identities thanks to his emphasis on atmosphere. Dune would have benefitted from a clash between Arabic style for the Fremen, noble fanfares for the House Atreides, and perhaps gothic organ or electronica for the House Harkonnen. The seeds are there, but Zimmer doesn’t develop them into anything positively memorable. He instead turns the score into sound design that for the most part drones on endlessly in the background of the movie.

As with many other Zimmer scores, Dune has gone through a series of album releases. The Dune Sketchbook contains lengthy suites that do help establish what the various minimalist motifs represent. Without it I would have really struggled to define some of the identities on the regular album. Then there is The Art and Soul of Dune, a digital-only release of further suites that runs over 100 minutes. This review focuses on the regular album, which features selected cues as they appear in the film. The only theme to contest Zimmer’s self-imposed restrictions is the main one. It has two parts. The main motif appears on duduk at the start of “Herald of the Change.” The second piece is a slow two-note rhythm which underscores the prophetic destiny of Paul Atreides. The main theme doesn’t have the most constant presence, but does distinguish itself on guitar in “Leaving Caladan” and most dramatically in “Ripples in the Sand” and My Road Leads into the Desert.”

The Bene Gesserit is an order of women who have mastered the ability to control others through inflections in their voice. In his most ingenious choice, Zimmer represents the order through a whispering atmosphere, conveying their manipulative power over the galaxy. This is highlighted at the start and end of “Bene Gesserit.” The whispers further appear in conjunction with other ideas as Paul experiences visions. The Fremen motif (1:12 in “Gom Jabbar”) is also vocal and shows a tinge of actual heroic power. It is, however, the typical wailing woman endemic to ancient and desert settings. The House Atreides gets a bagpipe fanfare that appears in heroic fashion in “Armada.” This bagpipe motif also appears diagetically in a ceremonial scene. There is also a war motif that features heavily in the film’s action cues. It’s most interesting appearance, however, is in “Holy War” where Paul has a blood-soaked vision. Bene Gesserit whispers frame its appearance as he comes to the horrifying realization that forces are trying to force him towards an unwanted destiny. I’m sure there are other motifs that I haven’t been able to pick out. Likely one of the darker constructs represents the House Harkonnen.

The album runs well over 70 minutes and can be a bit of a grating listen with lots of drawn-out ambient noise. “Dreams of Arrakis” is an effective mood-setter but does benefit from coming out first. “Herald of the Change” is a little more pleasant but the album subsides into ambience. There are a lot of dull cues in this area like “The One,” “Arrakeen,” and “Visions of Chani.” “Ripples in the Sand” is one track that manages to stand out. Fast-paced industrial music kicks off this cue. A minute in the main theme appears on a soprano vocal and duduk, then reiterates on guitar. There is an interlude with Bene Gesserit whispers and other eerie choral work before the action picks back up with sinister industrial noise and dashes of the main theme.

The album somewhat picks up with “Armada.” The Atreides bagpipes try to battle a collection of grungy electronics and vocal noise. At the track’s end throat-singing mixes with ghoulish sounds. “Burning Palms” continues this material absent of any hopefulness from the Atreides bagpipes. The album goes back into full ambience for a few tracks before “Ornithopter provides a last dash of action. “Sandstorm” starts with more ominous ambience, then gets into a rare upbeat synthesizer rhythm that results in escalating electronics. “My Road Leads into the Desert” covers the abrupt ending. A couple minutes in the choir comes in to kick off a loud climax, with the main theme swelling to close things out.

Dune is a major missed opportunity. I feel kind of bad criticizing what was obviously a passionate, fanboy experience for Hans Zimmer but I thought his musical choices actually worked against the film’s interests. Apart from the film the soundtrack is a mostly dull experience. There is not one track I can imagine myself just selecting for a casual listen. This recent trend towards experimental and minimalist scores is not too distracting in small horror and drama, but is a major flaw for an epic sci-fi blockbuster. I appreciate some of Zimmer’s musical ideas, but they need to be set in a different kind of score. Unlike some critics of this score I’m not calling for something in the vein of John Williams’ Star Wars but I would like something meatier that really conveys the epic struggles of the novel.