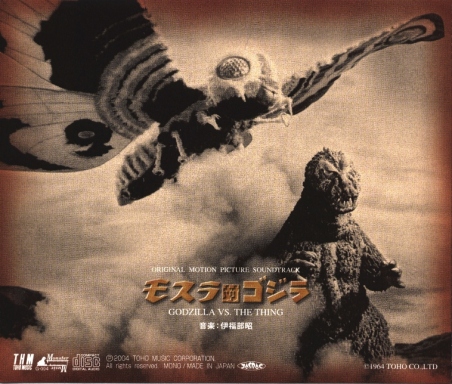 With King Kong vs. Godzilla a roaring success, Toho had another epic crossover duel. Instead of grabbing a popular foreign character like King Kong, they went for their other homegrown mon-star, the giant butterfly Mothra. Unlike the other members of Toho’s growing stable of titans, Mothra was a good guy (or good girl?), only causing havoc when her faithful foot tall twin fairy priestesses are abducted by an unscrupulous businessman. Mothra vs. Godzilla concerns her egg washing ashore on a Japanese beach. Quickly the egg is claimed by a corporation, despite the pleas of the twin fairies. Days later Godzilla emerges and, despite the flaws of modern man, Mothra rushes out to defend Japan from the dinosaur’s latest rampage. Mothra vs. Godzilla is often considered one of the greatest films after the original. It’s not hard to see why. Godzilla is really built up as a threat, there is some actual depth to the story, and the battles with Mothra are satisfying in that she is a total underdog using her wits and specialized powers. END_OF_DOCUMENT_TOKEN_TO_BE_REPLACED 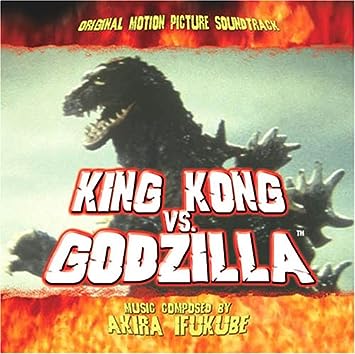 Godzilla actually took a long hiatus after his second film. Toho instead put its resources into other solo monster films, introducing the likes of Rodan and Mothra. In 1962 it finally brought back the King of the Monsters, but only after acquiring the rights to American icon King Kong. In a rare event, two characters would cross universes to fight each other (or more accurately King Kong would enter Godzilla’s universe, as the big G starts the film encased in his prison from 1955). The end result was a pretty goofy film, shockingly butchered in its Americanization. The King Kong costume is terrible, but the final clash itself is one of the best fights of the entire series. Much of the crew from the first Godzilla film were brought over, including Akira Ifukube. Ifukube would have the chance to develop the Godzilla theme further, as well as introduce some other memorable tunes. END_OF_DOCUMENT_TOKEN_TO_BE_REPLACED 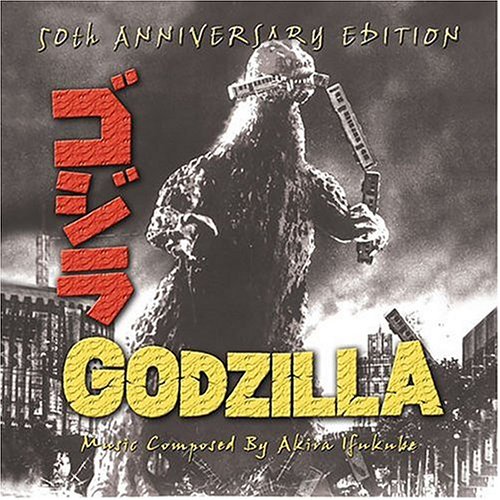 Toho, one of the major studios of the burgeoning Japanese film industry, decided to get into the giant-monster-created-by-nuclear-energy genre popularized in America. However, the Japanese actually had been attacked by nuclear weapons at the end of World War II, not to mention massive fire-bombing, so their film had a lot more weight and gravitas. Gojira, Americanized as Godzilla, King of the Monsters, is actually a deep and heavily thematic film. It’s incredible how the series progressed to kiddie superhero fare by the 70s. Imagine the Godfather turning into an over-the-top gangster action series. The film was even able to maintain some of its atmosphere in the Americanized version, which cut out much of the film and inserted scenes of Raymond Burr as an American reporter (all things considering did a good job linking him to pre-existing Japanese characters).

Godzilla himself is one of Japan’s most iconic exports, an amphibious dinosaur who looks like a mix between a tyrannosaur and stegosaurus and breathes atomic fire. His distinctive roar was actually produced with musical instruments by his first composer, Akira Ifukube. The roar was so linked to the franchise and its sound that it often appears on soundtracks. Ifukube himself is regarded as the franchise’s primary composer, scoring eleven of the thirty or so films. Though never having scored a film since the mid-90s and his death, each recent Godzilla film has featured at least one of his compositions. END_OF_DOCUMENT_TOKEN_TO_BE_REPLACED 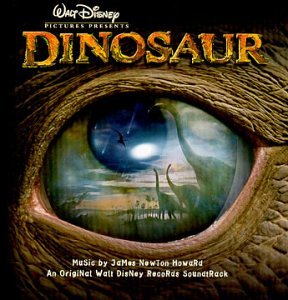 Towards the tail-end of its Renaissance era, Disney released an ambitious fully CGI dinosaur film simply titled Dinosaur. Visually the film is great, but the story and characters are so clichéd and predictable that it becomes a surprisingly forgettable experience. It’s telling that the best part of the movie is the first five or so minutes, where there is no dialogue. The plot itself concerns an orphaned Iguanodon named Aladar who is raised by lemurs. Displaced by the meteor that supposedly wiped out the dinosaurs, he teaches a herd of migrating herbivores on how to work as a team. One of the positives is James Newton Howard’s score, featuring some of the best music of his career. Howard had a brief tenure as a lead composer for Disney as it shifted towards non-musical action-adventure films. While he does not have the songs to make his scores iconic, I have to say that the actual instrumental scores are generally superior to Alan Menken’s. END_OF_DOCUMENT_TOKEN_TO_BE_REPLACED

Most of the new themes and motifs can be separated into two sets. Gollum uses the Shadow theme, also referred to as the Gollum Pity theme, but this takes a backseat to two new identities. The first is a mischievous ditty heard in “The Taming of Smeagol.” It is used to represent the scheming, more sinister side of the Gollum. It’s quirkier, more playful variations are present on the complete recordings. The second theme is a tragic motif that plays at the start of the “Forbidden Pool,” from a memorable inner dialogue sequence. END_OF_DOCUMENT_TOKEN_TO_BE_REPLACED 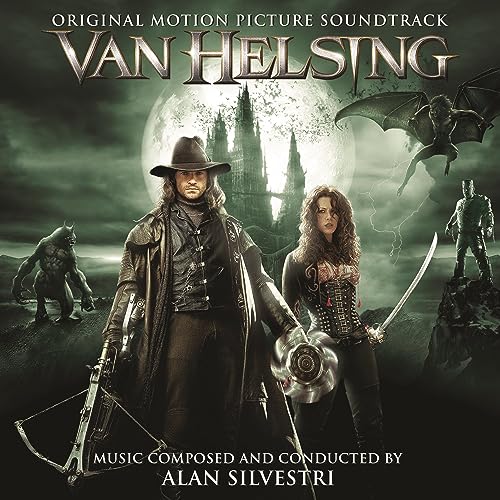 Following up his Mummy sequel, Stephen Sommers moved on to Universal’s European stable of horror figures. The result, Van Helsing, is more of a superhero action flick, devoid of any true horror elements. The overstuffed plot is about a member of the legendary vampire-hunting family, Gabriel van Helsing, and his war against Dracula. However, he most also contend with Mr. Hyde, several Werewolves, Frankenstein’s Monster, and even the lab assistant Igor. Alan Silvestri also re-partnered with Sommers moving away from his adventurous, desert-tinged Mummy material to a gothic action extravaganza. END_OF_DOCUMENT_TOKEN_TO_BE_REPLACED 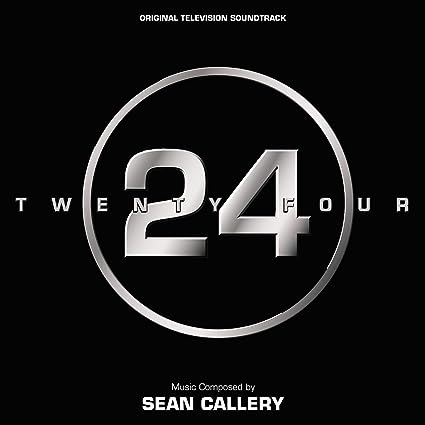 Unfortunately, there hasn’t been many albums for the music of 24, for while it’s not a thematic powerhouse like Lost or Battlestar Galactica, the music is up there in TV scores and has its own set of themes and motifs, unlike many other spy/military shows. Thus the albums miss a lot of highlights for those who love the show and pay attention to its music. These compilations also don’t reveal the many themes and motifs as most that manage to get on album appear only as one-offs. However, they are good listens and the absence of vast highlights won’t bother those who aren’t big fans. The first album here collects highlights from the first three seasons, clocking in at less than an hour and heavily focusing on the first season, which is a little frustrating for me personally as a fan as I know that there were great moments in the next two seasons that would have been great to feature. END_OF_DOCUMENT_TOKEN_TO_BE_REPLACED 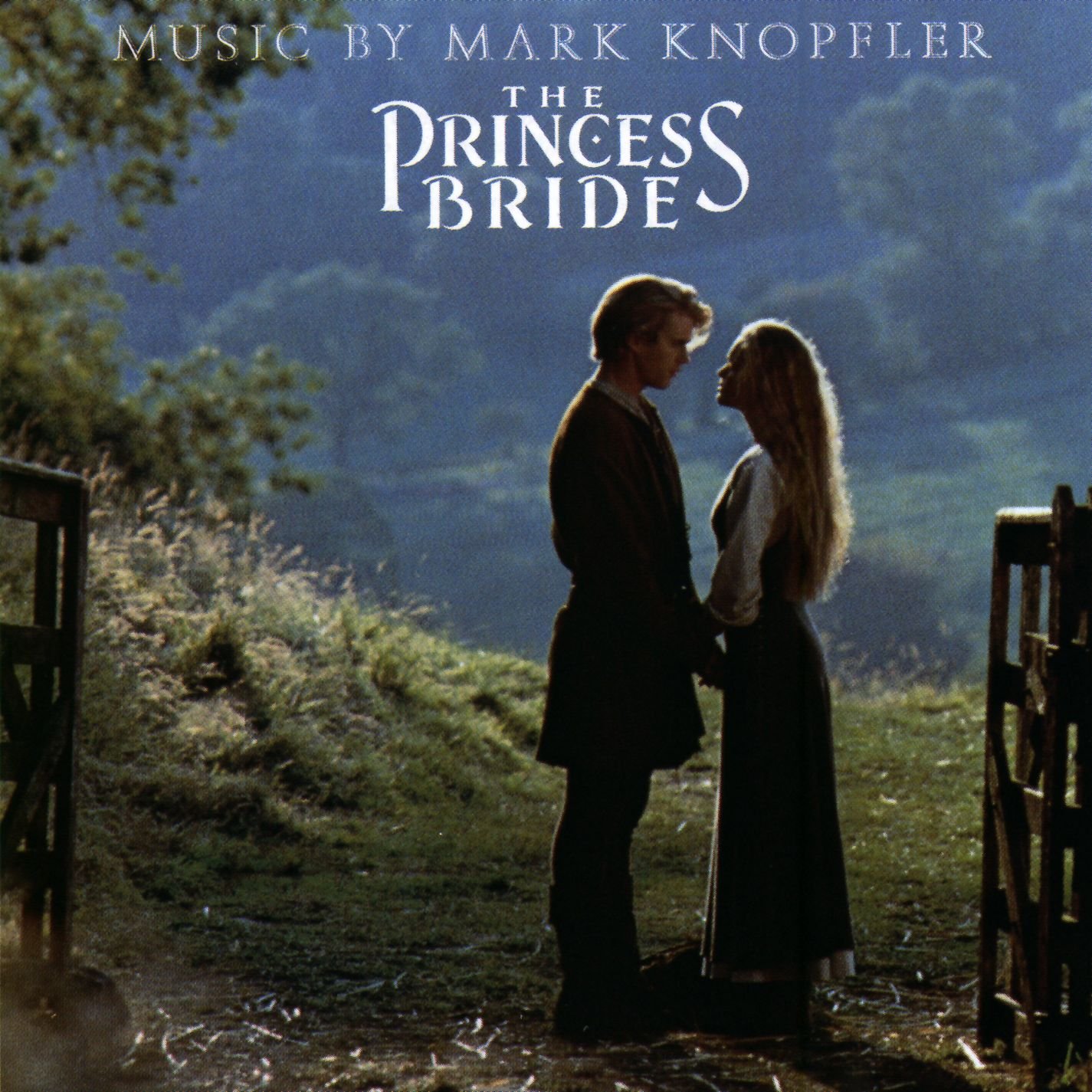 The Princess Bride is one of those films that everyone loves. Thus it may surprise many to learn it did not do so hot at the box office. It was difficult to market. Was it a comedy, a children’s fantasy, a romantic adventure, or what? (William Goldman’s original novel was borderline satirical, yet Goldman also wrote it to entertain his daughters) The general gist of the plot is that the “most beautiful woman in the world” Buttercup loses her lover Wesley, but learns he is alive. They have to rediscover their love and protect it from a scheming Prince. It is an amazing, highly quotable film that strides along so many genres with success. Helping is one of the most perfectly cast assemblage of characters, special shout-out going to Andre the Giant as lovable Fezzik. Also praised is the music by Mark Knopfler. Knopfler gives the film a more romantic and probably intentionally cheesy fairy tale atmosphere. Rather than a bringing out an orchestra, he uses a synthesizer and guitar. END_OF_DOCUMENT_TOKEN_TO_BE_REPLACED 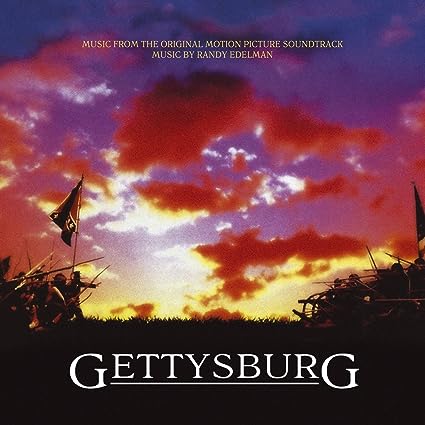 Civil War buff Ted Turner took advantage of his considerable resources to produce an epic mini-series based off Michael Shaara’s Killer Angels, a historical novel on the Battle of Gettysburg which attempts to delve into the minds of a few of the key participants. It was decided that the film was good enough to have a theatrical run prior to its more successful stint on TNT. As a Civil War buff I have to say this is one of my favorite films thanks to its general accuracy. It’s long length allows various aspects of the war, political and military, to be covered. It does have its flaws, two of which are understandably due to the budgetary limits of television. One is the use of reenactors, which ensured accurate behavior and equipment, but also meant seeing a lot of soldiers who were too old or well-fed. Another is Randy Edelman’s reliance on synthesizers for his score. END_OF_DOCUMENT_TOKEN_TO_BE_REPLACED 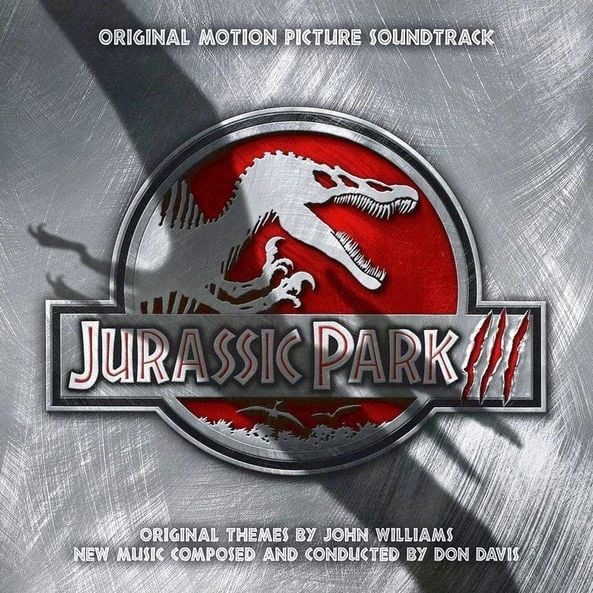 Years after The Lost World, Spielberg took the producer’s seat for Jurassic Park’s third film entry while Joe Johnston took over directorial duties. Jurassic Park III seems a little out of place with the rest of the franchise. It only runs an hour and a half and the stakes are limited to finding a stranded boy on a dinosaur-infested island. It would have been at the level of a B-movie it wasn’t for some nifty special effects. I did appreciate how a new dinosaur, the Spinosaurus, got to take the role of main threat, though the film went too far out of its way to make it intimidating to the point that it was literally chasing the characters all the way across the island. This is another problem with the film. The dinosaurs stop being animals and start being monsters, to the point a T-Rex abandons a large meal to chase after scrawny humans. END_OF_DOCUMENT_TOKEN_TO_BE_REPLACED